Obesity and Insulin Resistance – How It Goes Hand in Hand

The cause of obesity is actually a degree of insulin resistance, that has not yet resulted in type 2 diabetes. 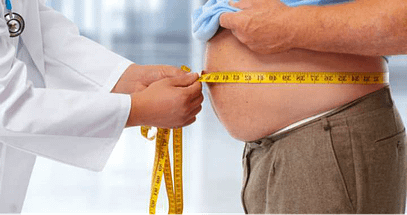 There is a saying that what we put into our mouth we become. This means, If we put healthy food in our mouth, we become healthy and likewise, if we don´t, we become unhealthy.

The majority of obese people do just that. They stuff themselves with an excess of foods, and these foods are at the same time mostly junk food that makes them ill.

There are various reasons for that. If we are stressed out we grab some food on the go, and this is mostly junk food because this is the food that is most available to us. Also, people eat out of boredom, and eating becomes an activity of doing something. Very often there are also psychological reasons we eat all the time. We feel a hole inside ourselves and need to fill it up to feel satisfied.

Whatever the reason is, obesity is actually an illness. I didn´t actually used to think so. But I have become more and more aware as I study diabetes and healthy lifestyle options, that it actually is a disease.

And for the very reason that it’s not a normal state to be obese. There is a dis-ease in the body, that is the underlying cause, that creates the obesity.

The Disease of Obesity

The dis-ease that creates obesity has to do with poor eating and food choices, and/or a stress event. Both these things alter our hormones in the body resulting in obesity.

And when you have a too high insulin level, the body is in fat storing mode and not fat burning mode. Meaning we can´t burn off the excess fat from the poor food choices.

So obesity is caused by a too high insulin level which renders a person in constant fat storing mode.

The Connection Between Obesity and Insulin Resistance

Obesity is caused mainly by poor food choices and/or stress which creates a level of insulin resistance.

This blocks out the possibility of the cells to receive the glucose from the blood, creating insulin resistance.

Also, because of all the fat, obese people have a fatty liver resulting in insulin resistance. This result in a metabolic dysfunction further creating high blood sugar.

Many People Struggle to Lose Weight

Many people struggle to lose weight simply because their approach is wrong. They go on diets which doesn’t help them in the long term simply because diets don’t actually work.

In the short term they may lose some weight but that is mostly water due to the deprivation of food and nutrients that occur when we diet. But when the diet is over all the weight comes back on and more.

And the reason for this is that when we go on a diet we deprive our body of food and nutrients, and this slows down our metabolism so that when the diet is over we gain all the weight back on and more simply because we burn fat at a slower rate than before.

Also, workout doesn’t work. And this is because that when we have high levels of insulin we cannot lose weight because insulin stores fat as well as burning it. So in essence obese people are constantly in fat storing mode and no matter how hard they try to lose weight they struggle to lose it.

The Key to Succesful Weight Loss And More Insulin Sensitivity

The key to successful weight loss and more insulin sensitivity is to make a lasting and healthy lifestyle changes, including getting some gentle daily exercise.

The key is really to focus on getting healthy first, because a healthy body will naturally slim down.

To getting healthy we must cut drastically down on processed food and junk food, and instead focus on consuming natural whole foods also known as one-ingredient foods. An example of a one-ingredient food is for example an orange. The orange consist only of the orange, and there is nothing added to it, and it is as delivered from nature.

These kinds of foods work wonders in cleansing our body out from fat, and lowering our insulin levels so we can enter into the fat burning state again.

Natural whole foods such as, fruits, vegetables (including starchy ones), legumes, berries, nuts and seeds have a fantastic positive effect on obesity and insulin resistance (pre-diabetes and type 2 diabetes) and can help to reverse type 2 diabetes completely if one follows a low fat plant based diet.

You don’t have to go all plant based, but it is the best solution, but you need to cut drastically down on animal proteins such as meat, dairy and eggs. These foods fuel obesity and insulin resistance. They are the cause of it together with a sedentary lifestyle.

To sum it all up.